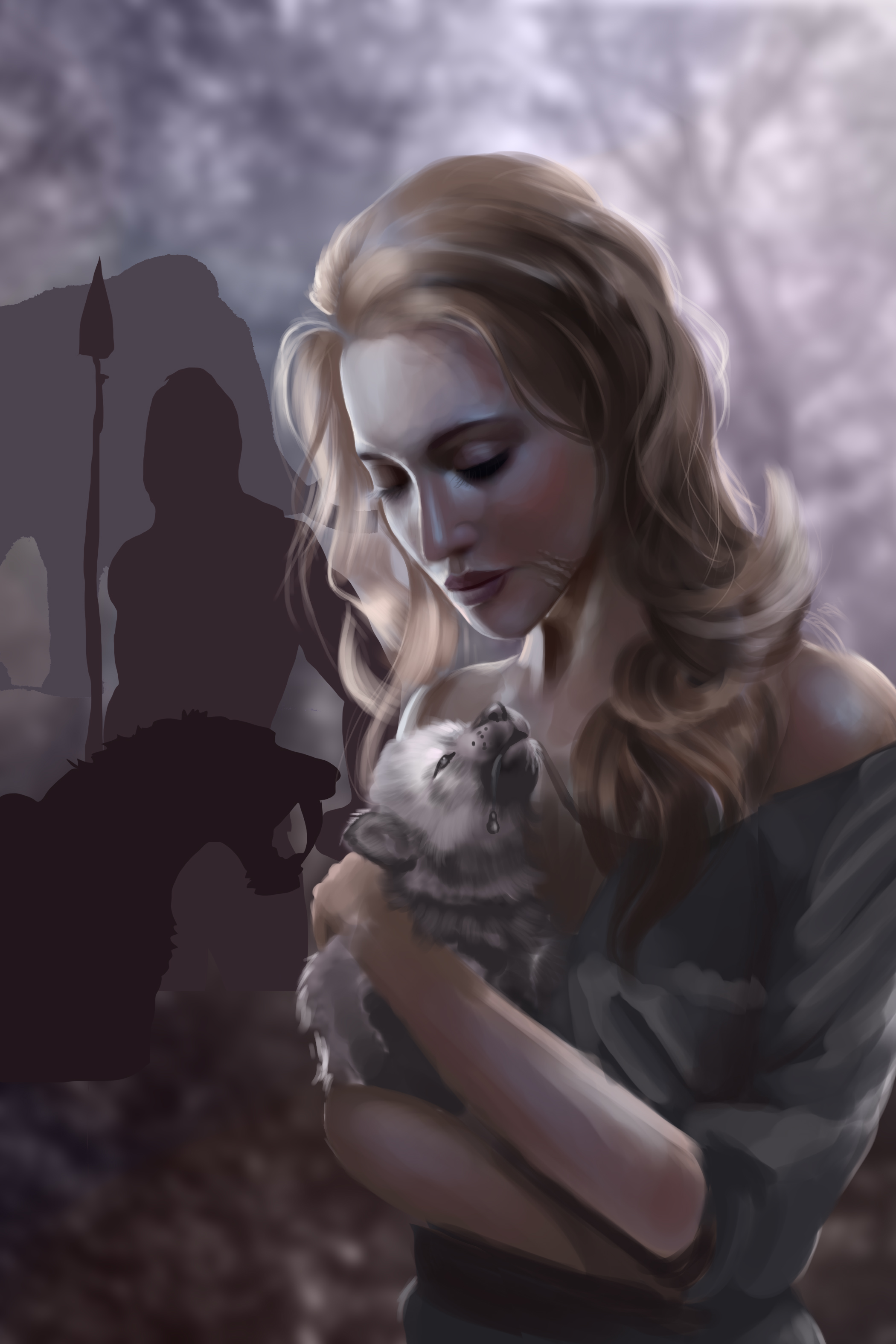 How does one come up with believable words from a 13,000 year old language? That issue posed a serious problem for me in my current work in progress.
The story involves a modern physics student who discovers a formula that describes what Fred Alan Wolf (aka Dr. Quantum) calls extraordinary time-travel. As her understanding of the formula becomes more intuitive, she experiences a series of deja vu events that foreshadow her developing abiity to shift times.
Trying to escape an attack, she accidentally makes a jump into the late Pleistocene, in the time of the Younger Dryas. The glaciers are advancing again and the climate is very dry. This is the period that led to the extinction of the Pleistocene mega-fauna: saber-tooths, mammoths, dire wolves, etc.
The land is dangerous and offers lots of opportunities for adventure. A modern woman (or man), unprepared, would probably not last very long in such an environment. She encounters a single hunter and their struggles to survive make for an exciting story.
One of the primary problems in the scenerio is that the two must communicate. He has his own language and she speaks English. He turns out to be somewhat of a linguist and learns English quickly. Some readers may feel that his ability to quickly learn English, is a stretch. If pressed, I’ll admit that there is some validity in that criticism.
For the sake of the story (and because I’m the author and can make such a decision), I decided that he was intelligent, his memory was excellent (this is usual in cultures with strong oral traditions), and he wasn’t stressed with all of the minutiae that we have to remember on a daily basis.
It might also be that his brain structure was slightly different from ours, perhaps in the rate of maturation. Children have no difficulty learning new languages until they reach a certain level of brain maturation. This has to do with the pruning of neuronal branches during the learning process. If that was delayed a few years, then his rapid learning could be explained.
Anyway, I couldn’t see writing an entire book with dialog on the level of “Me Cadeyrin; you Kathleen. Ugh.” It would quickly become tiresome. Since my goal is to entertain my readers, ‘tiresome’ is definitely something I strive to avoid.
Even though he learns English quickly, I thought the story would be more enjoyable if he used some of his own words at times. I personally find that books that have a large number of made-up words are difficult to read, so I limited his words to only a few animal names. The problem was how does one come up with words that are over 13,000 years old and that refer to animals that have been extinct throughout recorded history?
I’m no linguist and I didn’t want to spend a lot of time on that issue, rather than actually developing the story. I eventually solved the problem by looking up names for animals in the oldest languages I could find. I was limited geographically also, since the story assumes that the Solutrean theory is accurate, ie. that the Clovis culture originated in Europe. That meant I couldn’t use Asian or Siberian or American Indian words.
I found words in old Norse, Basque, Celtic (both Irish and Scottish), German, Finnish, and Phrygian. Then I made what I considered reasonable modifications to the words.
Cadeyrin’s name can be used as an example of my process. I found the Welsh name ‘Cadeyrn’. I added the ‘i’, since English speakers usually don’t encounter words that contain ‘yrn’. ‘Cadeyrn’ means ‘King of Battle’. That could be reasonably be viewed as an enlargement of ‘Great Warrior’ or even ‘Good Fighter’. This process allowed me to come up with a name that I found believable.
Another example is the old Norse word, ‘ulfr’ or ‘ulfur’ (Icelandic) meaning ‘wolf’. When I shortened it to ‘ulf’ it seemed to fit. The suffix ‘sa’ came from my need to have a diminutive for the word, hence ‘Ulfsa’ means ‘little wolf’. The suffix ‘a’ usually makes a word plural in the story.
Much the same process was used for the other words I semi-invented for the story. After a few hours work, I ended up with a list of names for some of the animals my characters would encounter. The exercise was somewhat entertaining and it gave me a bit of a break from the actual writing.
Look for “Heart of Fire, Time of Ice” on Kindle – to be released soon.
Namaste,
Eric

This site uses Akismet to reduce spam. Learn how your comment data is processed.